Throughout characters generation an example of a character being rolled-up will be shown to help you with any parts which may not seem obvious at first glance. A player, Reese, is rolling up a character. He has read all of the race description in the Centia and after careful thought, he decides to play the role of a Low Kaa. Reese affectionately names his female Low Kaa Nixole.

Reese simply rolls a 1:100sd dice to find Nixole's appearance. Reese rolls 68 and because of her appearance Reese finds on table #1-4 that he must add 5 points onto Nixole's Influence. Nixole's new IF is 55 percent.

Nixole's Secondary attributes are calculated by Reese in the following manner.

Nixole is a Low Kaa and because she grew up on her home world of Carakuss she has a few skills which were learned while she grew up. Reese consults Table #1-6 and finds the skills that Nixole learned as a child are:

Reese writes in these number in the space provided beside each category. From table #1-7 Encultured Skills Reese finds that the Low Kaa basic education system teaches a number of skills:

Rees now picks an occupation for Nixole. Reese reads all of the occupation descriptions in the beginning of this chapter. After some thought he picks her occupation to be that of an investigator.

Reese now picks more skills for Nixole to learn. While he is doing this he makes a tick mark beside each skill chosen and later he will roll-up the aptitude for each skill.

First Reese calculates the Attribute Average for Nixole by adding all of the Primary Attributes and dividing by eight.

Then he adds the attribute average to the result of a 1:100sd roll and divides by three. This final figure is the aptitude for one of the skills and should be repeated for each skill learned.

Reese would like to see if Nixole has the ability to learn Xeno-discplines. To do this Reese rolls 3:10sd: 4,4, and 4 (Yes, I fudged it for this example). Reese was successful in his roll and Nixole is a very special individual who has had a opportunity to learn Latagrea. Reese then finds the number of power points and the focus that Nixole has. Power points are found simply by adding the number of experience points (1 for all beginning characters) to the aptitude found as above.

Her power points are 40. He consults Table #1-10 to find the Focus Reese looks down the 1st column and finds 40 and scans across to the 0 hundreds column. This yields a focus of 60. Reese then writes these numbers onto Nixole's character sheet. 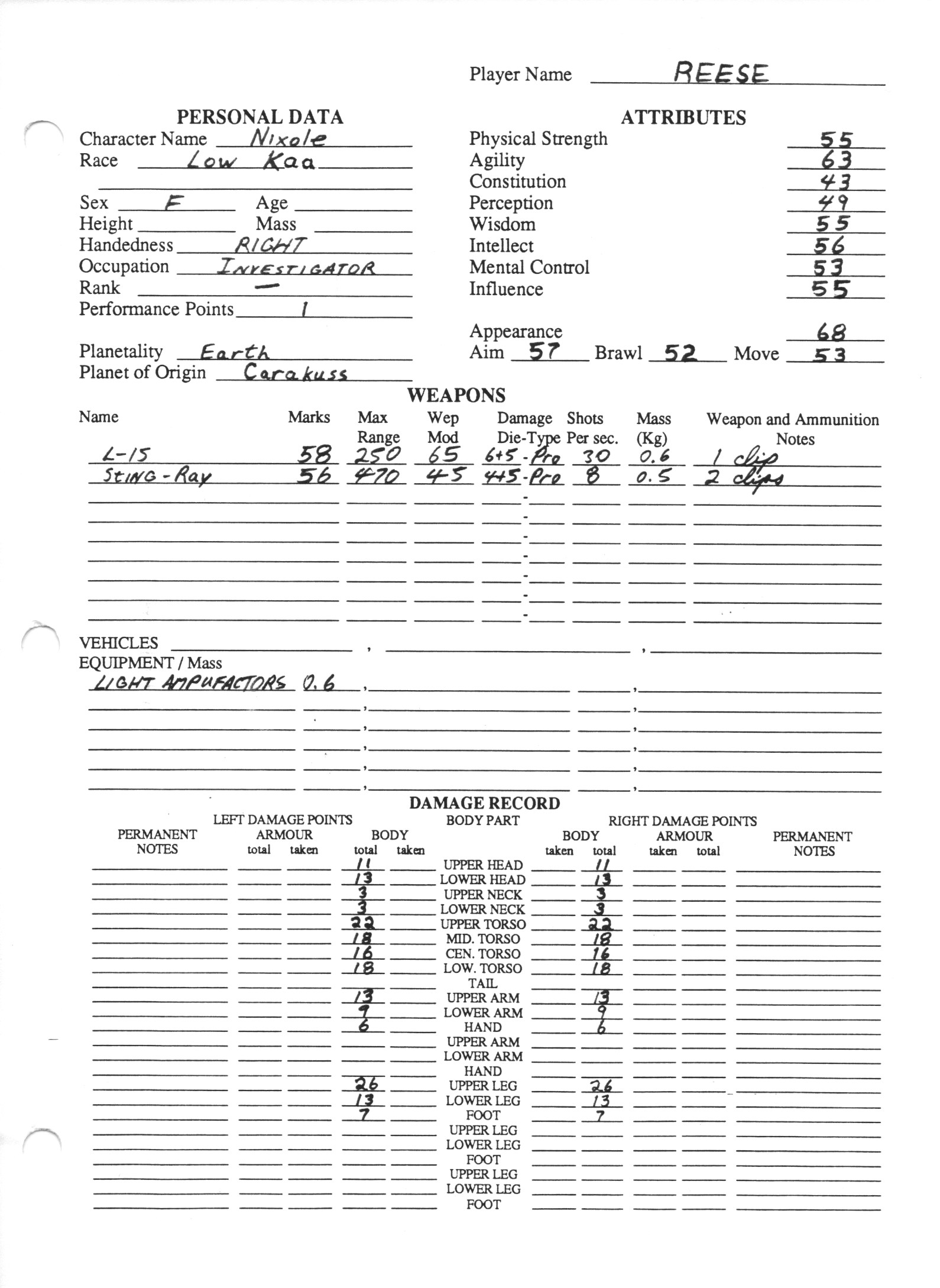 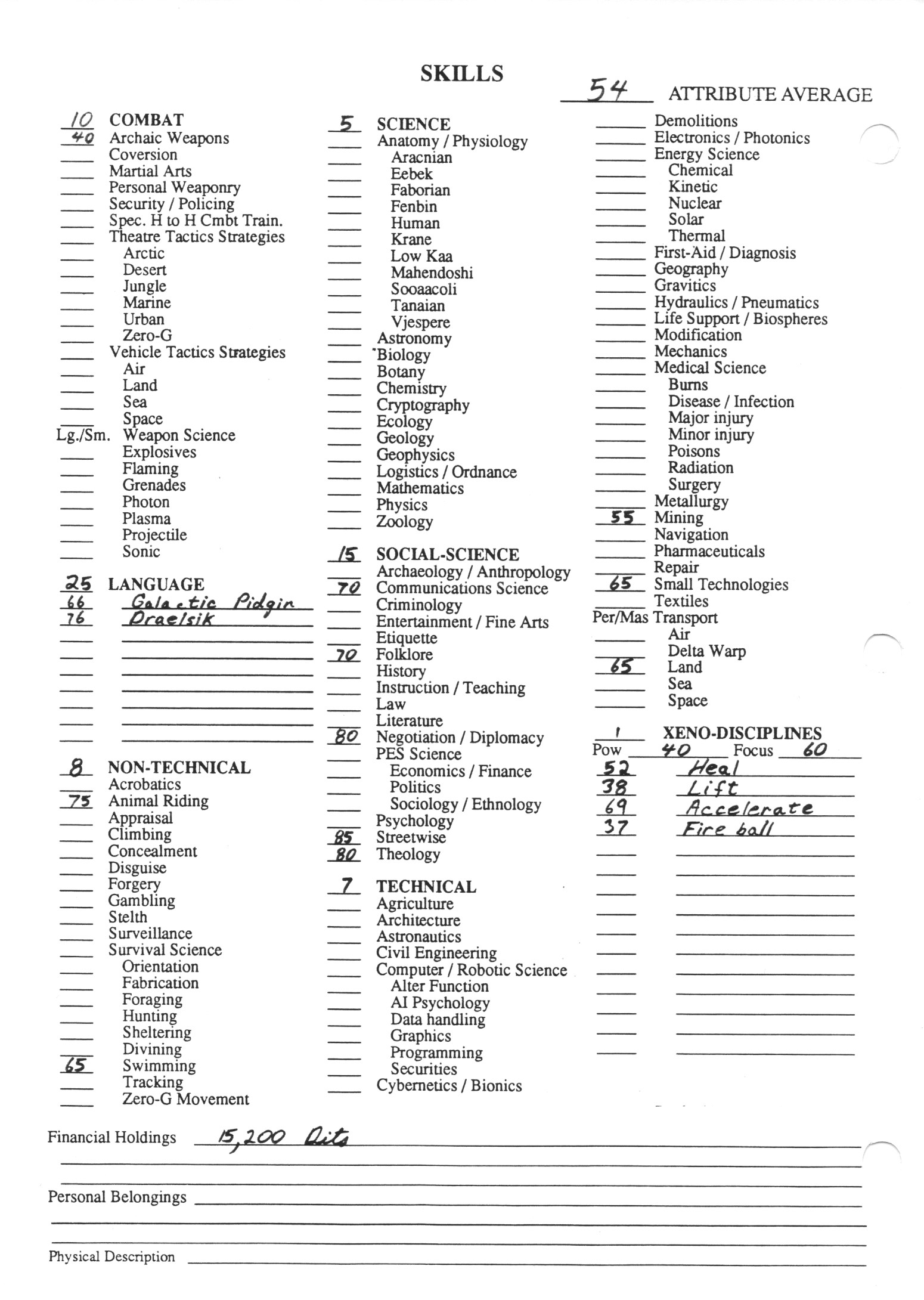