Communications use a multitude of methods to convey their message, and with radio waves, microwaves, and infrared frequencies all possible mediums for the transmission of waves, there are literally millions of possible ways to send a message. Usually, however, signals are sent by radio waves in a digital form to the recipient. Then using a pre-defined 'key', alpha-numeric code, they signal can be decoded. The complexity of the code sequence varies with the importance or perceived importance of the data. So where civilian communications use 9 digit militaries can use up to 30 digits.

Broadcasting at several standard frequencies as well as five user definable ones the short range unit can send video and audio signals up to 100 kms in ideal conditions, while the larger version has ten times the range. Images are recorded and sent real time to the receiving unit, where they along with the corresponding audio are decoded and displayed. The encryption technique is fairly standard for many civilian devices all using different key codes, typically nine digits in length. The military versions, however, use regiment specific complex scrambling algorithms with a greater number of digits in the security code, up to 30. The detached handset, present on the large version, can be bent and stretched to fit the features of many races, Alliance and Second Sphere alike, which allows easier voice pick up in noisy environments. 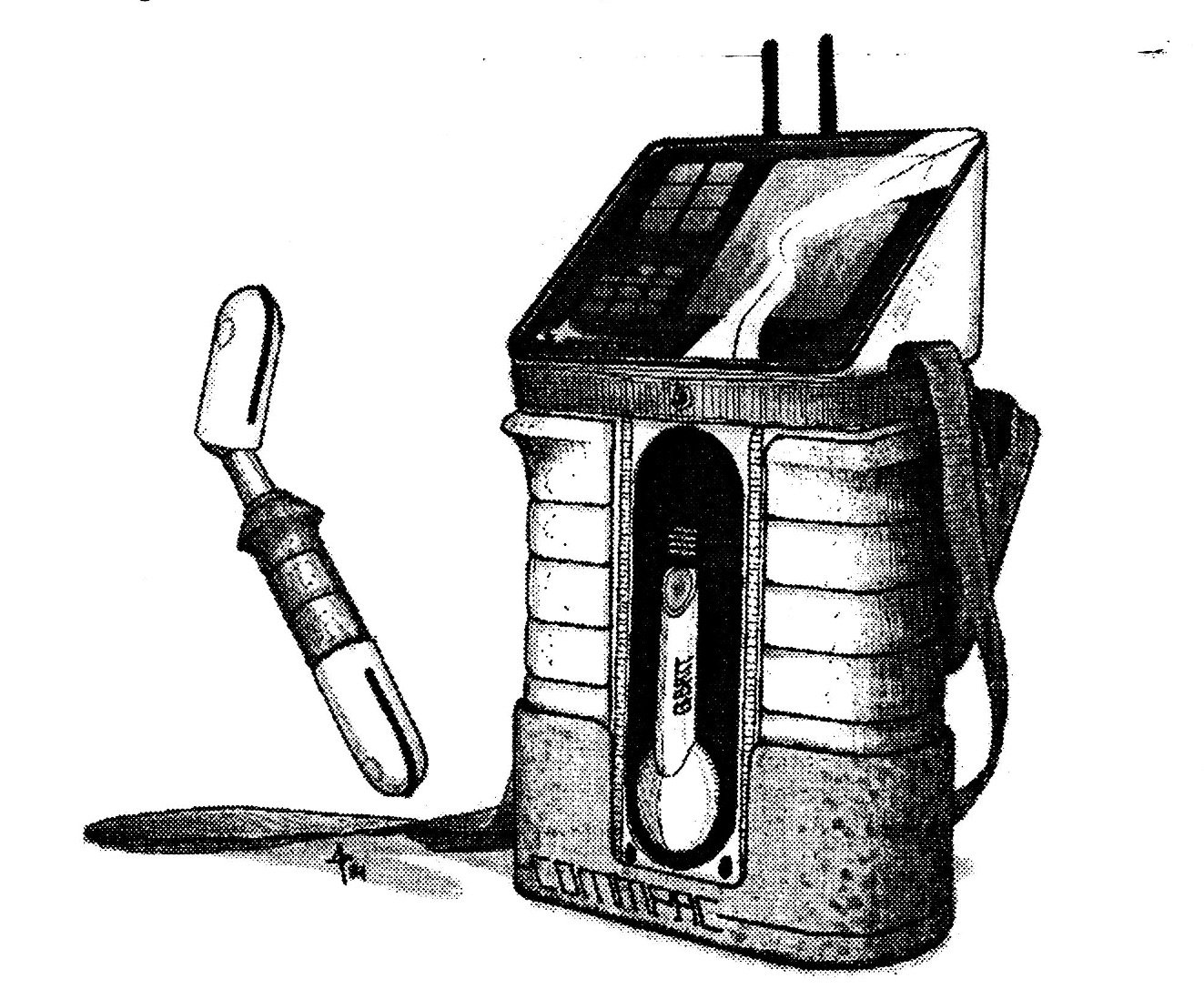 1 cm thick and the size of a credit card a pocket phone can reach any other phone on the planet, due to its cells. The cellular links by which it is connected to land based communications lines. Hinged on one short side the phone flips open exposing an ear and mouthpiece (both flush fitting condensers) and a numerical keypad. Up to 50 programmed number can be stored along with 64 letter name of the receiver can be accessed with a two digit code, which is displayed on a one line display. Translator A dedicated computer the translator can translate up to five languages at any one time. It will wait for speech of a language it interprets and then translate it into one of the other five. Languages are available on crystal-optic needles and slip into the unit.

Necessary to speak to Eebek this device translates their (ULF wave) mental communications into audible speech for the wearer or to an optional speaker.